Ortoped, a surgeon, a A leading prosthetic joints Specialist

Aleksey Kalganov - a surgeon specializing in orthopedics. Specialist working in the fields of reconstructive surgery and joint replacement. A native of Russia, Institute of Medical unlearn in the city of Chelyabinsk. Then the young doctor enrolled in a surgical residency. He worked at the clinic Hillel-Yaffe in the city of Hadera, as well as at the Faculty of Sports Medicine. In 1995, it began to serve in defencist Army, where he became commander of the medical service. During the service several times he showed himself heroically, for which he was honored with awards.

After the service it lived and worked and studied in Germany and Austria. In 2008, it became a deputy in the city of Netanya, where he was responsible for urban health. Also Dr. Kalganov acts as an expert in the organization, which develops prostheses. it is in several European associations, and including arthroplasty and orthopedics. Today Dr. Kalganov operates in hospital Assuta, also maintains a private practice.

He lectures on orthopedic surgery and joint replacement at the invitation of both Israeli and foreign universities, is the author of scientific publications in specialized journals.

Price for diagnostic and manipulations
300$ - 700$
Rehabilitation after Traumatic Brain Injury
Price request
200$ - 600$
Rehabilitation of Children with Poliomyelitis
Price request
70$ - 1300$
Rehabilitation of Children with Cerebral Palsy
Price request
1800$ - 2700$
Reconstructive Plastic Surgery
Price request
170$ - 270$
Orthopedic Rehabilitation
Price request
8000$ - 25000$
Correction of Spinal Curvature, Including Surgical Method
Price request
6000$ - 17000$
Minimally Invasive and Endoscopic Spinal Surgery
Price request
from 450$
Second Opinion (Second medical opinion)
Price request
from 450$
Skype consultation
Price request
7500$ - 15000$
Knee Replacement
Price request
80$ - 900$
Spinal Rehabilitation
Price request
3000$ - 17000$
Minimally Invasive Surgery for Lung Resection
Price request
18000$ - 27000$
A Surgery to Remove Part of the Lung
Price request
Clinic reviews
Was truly impressed by the technological progress in Spain. CRM clinics allows you to see the results of my surveys from anywhere in the world. now for the re-examination I don't need to go to Spain, even though I love Barcelona. I being in India can come to the doctor, to show him over the Internet my story and to get his conclusion.
Sergey Dec 5, 2016
With age, I began to disturb joints, was diagnosed with “hip”. Son paid me a trip to Israel for a consultation with a doctor Kalganova. I thought I have nothing to help — some age, and was very surprised when I was prescribed treatment, against which I did not experience any discomfort.
Polina V. Dec 5, 2016
To Dr. Kalganov we brought my son when he revealed a valgus deformity of the feet. More precisely, when after all sorts of attempts to fix it Shoe, we decided to move on to more effective ways. Without going into detail, I want to say that it is really a specialist, perfectly knows his business. He made his son the operation and made further recommendations, thanks to which we completely got rid of the problem.
Svetlana Dec 5, 2016
Show more 3 reviews
Give feedback
Question and answers 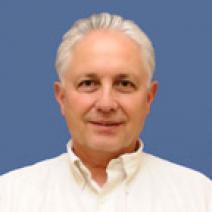 First-class expert in the field of sports medicine 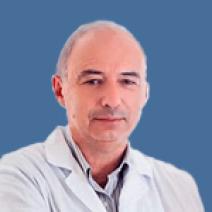 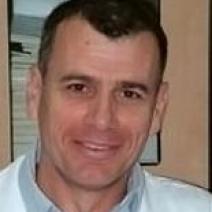 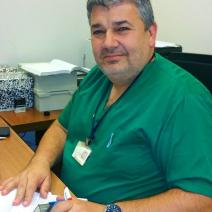 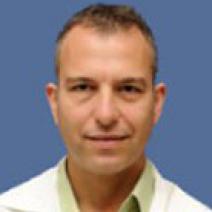 The most best-known specialist in the field of spinal neurosurgery, a doctor with more than 20 years of experience