BPH treatment in clinics of Istanbul

➤ BPH treatment in clinics of Istanbul ➤ 4 clinics Addresses $ Prices for treatments and diagnostics ☺ 8 reviews ✎ Make an appointment ✉ 2,688 patients are sent for treatment

BPH is benign prostatic hyperplasia (enlargement) glandular epithelium, which consists of the prostate. BPH compresses the urethra and puts pressure on the bladder wall. For these reasons, the main symptoms of BPH are symptoms associated with impaired urination. But not only dysuric symptoms indicate adenoma and the need to appeal to the urologist, and to postpone the appeal to the doctor should not because this issue is now resolved delicately and without significant interference, as it was before.

the Symptoms of BPH:

We found 4 clinics specialized in BPH with cumulative rating
4,8 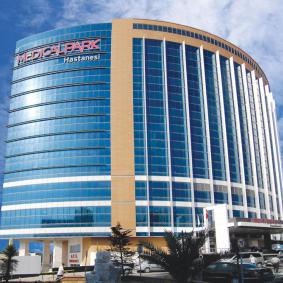 Best choice!
Network of Medical Park hospitals specialised on treatment bph
Istanbul, Turkey
4,9
4 reviews
The network of clinics of medical Park can be called the leading medical institutions not only in Istanbul but throughout the country. Qualified specialists and professors of the Sciences, have extensive experience in the treatment of cancer and ...
Main branches:
Trichology
Check prices
Contact clinic
+7 499 348 2738 (free)
English speaking staff 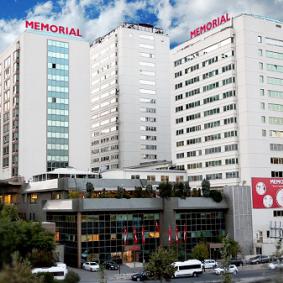 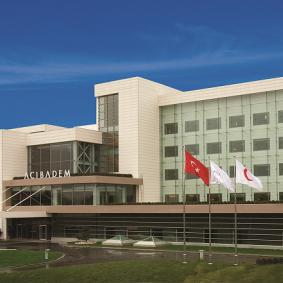 We found 4 clinics specialized in Urology and nephrology in Turkey

All clinics specialized in urology and nephrology

the symptoms of the adenoma joins deterioration of General health that is associated with the need to Wake up several times a night, in men aged 45 - 55 years, adenoma leads to a decrease in potency, there is emotional discomfort, exacerbated chronic diseases. The delicacy of the problems needlessly forcing men to delay the appeal to the urologist. Modern methods of treatment of adenoma allow to save the patient from physical suffering and emotional discomfort. In addition, current long-term BPH puts pressure on the bladder, whose walls are compacted at the beginning and then there is thinning, leading to impaired function of the bladder, which further complicates the disease. Drug treatment of BPH, also provides only temporary and not the full effect, allowing to reduce the symptoms of the disease.

the Best methods of treatment of prostate adenoma abroad:

Even in the recent past, a large-size BPH had to be removed surgically. This difficult operation was performed by open method through the perineum, with a high risk of bleeding and under General anesthesia. For such an operation required considerable skill of the surgeon and a lot of time for the rehabilitation of the patient. Today the situation has changed. Increasingly, BPH removed with a laser, when the breast tissue is removed in layers for 30-40 minutes. Laser vaporization of BPH performed through the urethra, under local anesthesia, without the risk of damage to surrounding tissues. In some cases, use different alternative to radical prostatectomy is robotic surgery using the surgical complex of the Da Vinci and laparoscopic surgery.

the Cost of treatment of BPH abroad

With the advent of new techniques has significantly decreased the cost of treatment of BPH. The decrease in cost was affected by the lack of need for prolonged hospital stay, as well as significant proliferation of new technologies in urological practice. Laser or minimally invasive treatment of BPH has become available to most patients, and this is very important because the diagnosis of benign prostatic hyperplasia establish in 50% of men over the age of 50 years. In addition, we want to acknowledge the professional, individual approach and friendly atmosphere recommended by us urology centers operating on the basis of the major international clinics.

Reviews
She was treated by Inbar. Actually he is working in Ichilov, but maintains a private practice in Assuta that it is very profitable and, therefore, the attitude to patients is appropriate. It was a lot of doubt on Israel, but dare and have no regrets, there a hand filled - a difficult case to decide, my including. When he returned to Moscow, went to the local oncologist, he was surprised that such a treatment is suggested, where it reads, but in practice met. so think - worth it or not.
Victor Oct 28, 2018
I have a hemangioma in my hand (forearm+wrist)is there any successful treatment
marwa aammar May 1, 2018
I was treated in the urology Department of the hospital Chaim Sheba about BPH. The symptoms were pretty nasty, I was afraid that in Russia the doctors do not telling me something or do not notice, so I went to Israel. After a full observing I calmed down, really, except the adenoma nothing was founded and the doctors clinic Chaim Sheba treated adenoma very successfully.
Alexander Dec 5, 2016
Show more 3 reviews
Question and answers