Beer-sheva , Israel
4
2 reviews
Online appointment 8 doctors are available
➤ Soroka Medical Center ➤ Beer-sheva, Israel ☺ 2 reviews $ Prices for treatments and diagnostics ✆ Make an appointment +7 499 348 2738
Main branches:
Oncology , Orthopedics , Cardiology and a heart surgery , Ophthalmology , Obstetrics and Gynecology
Medical center Soroka hospital, founded 1950. one of the largest and most popular centers in Israel, is a University medical center Moshe Forty. Also, if it is the largest military hospital. The hospital accepts not only their citizens, but any person in need of timely advanced medical care. 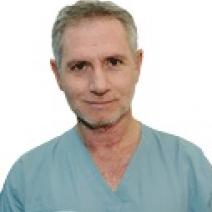 Acting head of the second department of obstetrics and gynecology hospital "Forty." He specializes in the treatment of gynecological diseases. 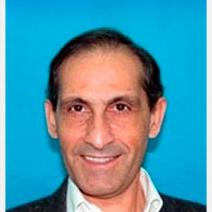 Gideon Saar - an outstanding and talented heart surgeon. He is chairman of the cardiac surgeons Commission and the National Association of Transplantation and Surgery. Gideon Saar won Israel's President Award for his contribution to medical progress and achievements before the patronymic. 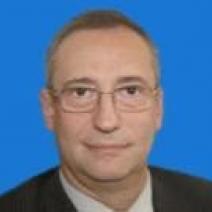 Vadim Benkovich - a prominent orthopedic surgeon with twenty years of experience. He has successfully worked in the field of replacement knee and hip joints in Soroka Medical Center.

Professor Alex Fish - a prominent expert in the field of gastroenterology and hepatology. He served as Director of the Institute of Gastroenterology Soroka Medical Center.

Professor Dan Atar - one of the best pediatric orthopedics in Israel. The head of orthopedic department, which annually receive help at least 2,500 children.

Today in Soroka hospital uses both traditional and innovative approaches to address cancer, gynecological, ophthalmologic, genetic and other diseases. Development of new technologies for doctors are on the basis of the organization.

Soroka Medical center has the latest equipment, which is annually updated and renewed. Due to its availability and high professionalism of surgeons, this medical facility is the leader in the percentage of surgeries performed for cancer patients.

In 2015 Soroka centre was accredited as a JCI hospital in the advanced version verification and became the first Israeli medical institution, honored “excellent”.

Clinic reviews
I came to Dr. Crowely when I was in a difficult situation with a double leg fracture, a torn meniscus but still the problems associated with the old injury, once treated it in some way. Really liked how the clinic everything is clearly organized, attitude to patients excellent. The level of medicine is much higher than ours, it can not be doubted. So go for treatment in Israel or not – I have no doubts. To return to the sport was for me at that time the only purpose in life. And I have reached.
Fedor Dec 5, 2016
I am very sorry that I didn't go to Israel before, 2 years ago, when I was first diagnosed with a hemangioma. It seemed to me that Moscow doctors are not worse, and they told me to wait, because to do the operation dangerous. In the end, the tumor has tripled, began unbearable headaches. I was not – coped with the excitement, the unknown, overcame all the fears went. The result – well the operation was carried out in the Soroka hospital, and three months later no signs of tumor. Thank you very much!
Svetlana Dec 5, 2016
Give feedback
Question and answers