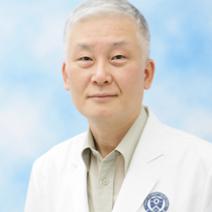 Head of the department of surgery of the spine.

Samsung Medical center is the clinic of the presidential standards. Its international office is recognized as the best in the territory of Korea on the admission of citizens of foreign countries.

Doctors of the hospital have extensive experience and have been in constant contact with professors from such world renowned cancer centers like Mayo Clinic Rochester, Johns Hopkins Hospital, M. D. Anderson Cancer Center. Besides honey. center Samsung has partnered with Samsung Corporation, which provides the best diagnostic and therapeutic equipment.

a Complex surgery to remove cancerous tumors surgeons clinics Samsung carried out with the use of gamma-knife — radiosurgery beskonusnogo method involving treatment of the affected foci of radiation beams. This is one of the most effective ways of cancer treatment, so most patients after treatment in the hospital forever forget the terror I experienced when I found out he had cancer.

ACHIEVEMENTS of the HOSPITAL SAMSUNG:

Clinic reviews
I went to Samsung medical center for examination, when the liver on ultrasound I found some strange education. In order to understand what it is, I was recommended to do a biopsy, which if it is cancer can cause tumor growth. I decided to go to Korea, to the clinic Samsung. Here I have made a full examination, said that only a liver hemangioma, a biopsy do not even have.
Victor M. Dec 5, 2016
After I got cancer of the stomach, I began to consider all the possible treatment options. It was possible to stay in Russia or go abroad. Don't want to hurt domestic medicine, but everyone knows — there are problems with medicines and equipment. So ideally I would like to be treated abroad. I began to compare different clinics in different countries, read reviews. Originally I thought about Europe, but quite unexpectedly found out that in Asia the medicine is also at a very high level, with prices much more affordable. In the end, I chose the Samsung medical center in Seoul, as its framework operates the nation's largest cancer center, which uses the most modern methods of cancer treatment. About your choice I have never regretted that went well, and the operation and subsequent treatment. Separately want to say about the atmosphere in the clinic. She is very friendly, the staff is always ready to help, there are various possibilities in order to to do, and not to lie for days in the house, the group of psychological support. Because of the language, though, is to take advantage of all of it, but you can always use the services of an interpreter. If someone there is also the question of where to go for treatment, I definitely suggest to consider the option of the medical center Samsung.
Daria Dec 5, 2016
Clinic Samsung has become a real salvation for me. I was surveyed about headaches and dizziness, in Russia, I put a very abstract diagnosis of cerebrovascular disease, were treated with tablets. In Samsung, where I decided to go on the advice of friends, I ran a diagnostic, found specific pathology and surgery — non-invasive bypass grafting of arteries of the brain. The problem was solved quickly and almost painlessly.
Michael D. Dec 5, 2016
Show more 3 reviews
Give feedback
Question and answers