About us Question and answers Clinics Doctors Prices
Treatment abroad/Treatment in clinics of Russia/Russian scientific center of surgery named after academician B. V. Petrovsky
Self-isolation – time to choose telemedicine Contact the best medical experts from all over the world on Docland
Check prices 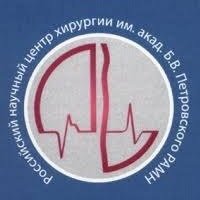 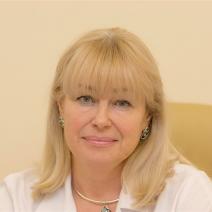 Doctor of the highest qualification category, specialist for diagnosis and treatment of internal diseases.

About Russian scientific center of surgery named after academician B. V. Petrovsky

the Russian research center of surgery named after academician B. V. Petrovsky was opened in 1846. This is one of the largest community health organizations in Russia. In the clinic at the global level diagnosing, treating and preventing all types of diseases, carried out unique operation on transplantation and offer rehabilitation services.

In the clinic. B. V. Petrovsky uses the best European equipment. There are high-precision magnetic resonance and computer tomography, modern ultrasound machines, ECG, ECHO-KG, videonavigation. If surgery can not be avoided, local experts prefer minimally invasive techniques that shorten the recovery period and eliminate damage to healthy adjacent tissues.

Clinic reviews
In the Petrovsky national research center of them.Petrovsky I had surgery coronary artery bypass grafting. I was very nervous, it seemed to me, that's all so difficult and dangerous. After talking with other patients, who were operated in the same clinic and was in the Department at the same time with me, I realized that my surgery is perhaps the most simple. Everything went very calmly, clearly, and preoperative preparation, the surgery itself, and recovery it. I loved the Petrovsky national research center of them.Petrovsky, and I would recommend it to all my friends.
Victoria Dec 5, 2016
I came to Petrovsky national research center from Samara, I had a difficult situation with a heart. Atherosclerosis of the coronary blood vessels, diabetes and a suspected aneurysm. Local doctors refused to operate and was sent to Moscow. In the Petrovsky national research center all did a shunt placed, and the aneurysm was removed, I think that account saved my life. The only problem was the long queue on the advice I got immediately, so as to the clinic, long queues.
Catherine P. Dec 5, 2016
When the doctors said the heart problems I have reached a critical threshold, and time to think about the operation, I began to think, where to do it. Was thinking to go abroad or to stay in Moscow, but to choose the best medical center to specialists, and the service was on the level. Began asking friends at my age already, many have a heart problem – have heard a lot of positive feedback from the Petrovsky national research center of them.Petrovsky. And equipment, they say, are modern, and doctors are good. Besides, this research center, that is, there are studies using the latest techniques. However, faced with the problem, even paid advice, which, of course, spoiled the overall impression. Consultation I set a date of hospitalization, which was in 2 months, just before there were no seats. Before the operation it was necessary to make various studies that would be more comfortable in the hospital, but I had to do in the clinic. The doctor I liked, explained that I will do from my vessel shunt – a bypass path for blood flow, which is now preventing atherosclerotic plaque. After the surgery I felt a little weird, but it's probably not physically, but knowing that made heart surgery. Well, the weakness, of course. Discharged after 2 weeks when it was clear that the shunt goes to the heart working properly.I am very glad that appealed to them the Petrovsky national research center.Petrovsky and will now join the opinion of your friends that this is one of the best clinics of Moscow for the solution of heart problems, though getting there is not easy.
Timophey B. Dec 5, 2016
Show more 3 reviews
Give feedback
Question and answers